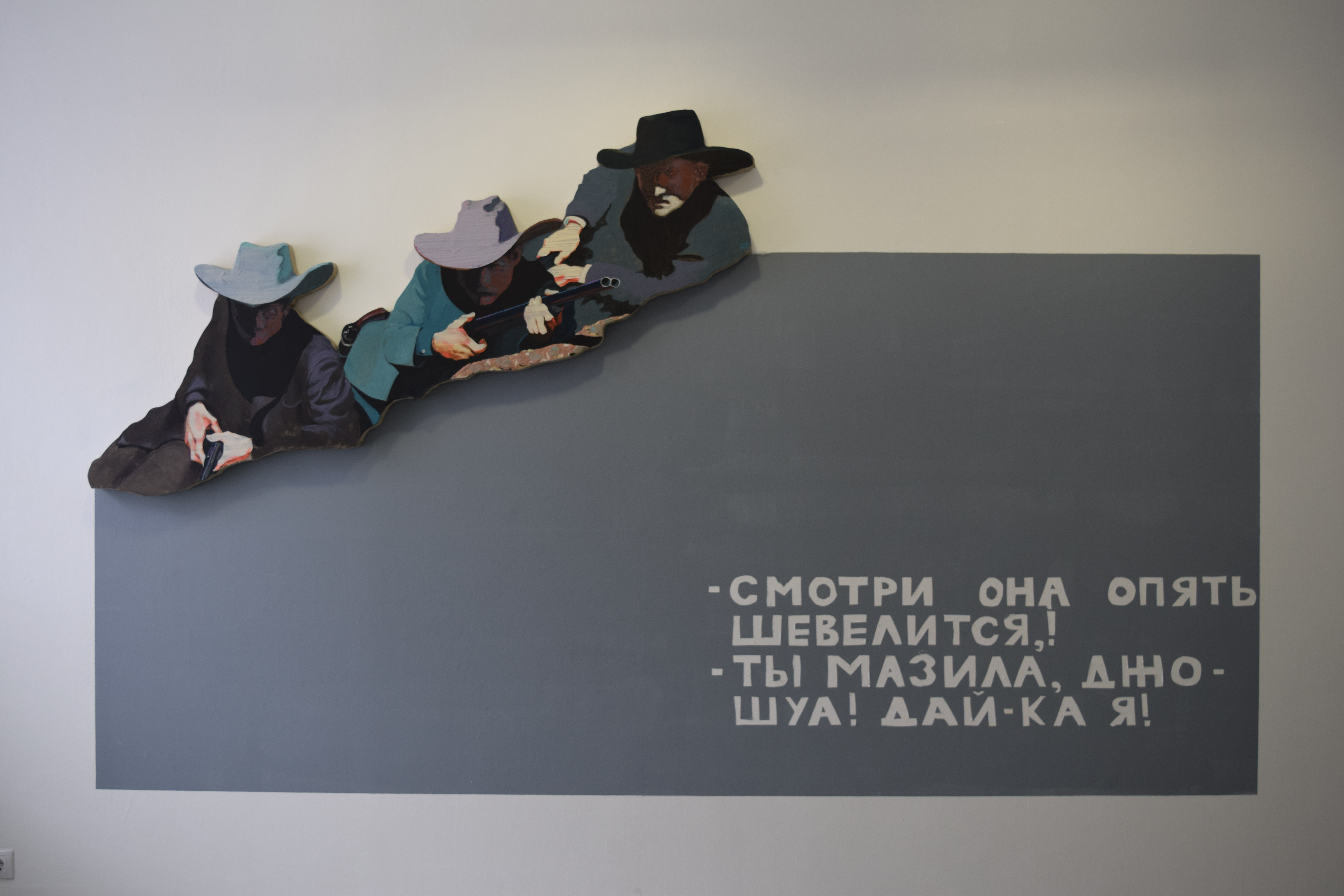 This past summer, I studied at the New York-St. Petersburg Institute of Linguistics, Cognition, and Culture hosted at the Herzen State Pedagogical University. While I was in St. Petersburg, I conducted an independent project that involved interviewing local artists and curators about contemporary art in Russia. Spending time at cafes, galleries, and parks with the younger generation of working Russian artists let me hear a new perspective on contemporary art across the world and has inspired my own work.

Anastasia Avraliova
I spent an afternoon at New Holland Island with Anastasia Avraliova, a painting graduate of the Saint Petersburg Stieglitz State Academy of Art and Design, formerly and colloquially known simply as “Mukha.” Anastasia is interested in creating and understanding visual messages, using pictures to communicate instead of words. She pulled out a folder of drawings that she had done, mainly “energy portraits.” To create them, she’ll casually hang out with a friend and draw a portrait of them, not their physical likeness, but a visual interpretation of the energy they give off. I appreciated her approach to portraiture, and felt that I could understand what she was communicating in the energy portraits.

Alexander Dashevskiy
Alexander Dashevskiy met me at Anna Nova Gallery, a contemporary art gallery in St. Petersburg celebrating their fifteenth year of operation. I met Alexander through the curator at Anna Nova, Sasha Karpova, whom I had met with for a gallery tour and interview earlier in my trip. Alexander was born and raised in St. Petersburg and has been part of the city’s contemporary art scene for about twenty years. Recently, he has been experimenting with stretching his own irregularly-shaped canvases, giving his paintings their own specific space to exist in. He also just wrapped up a project about old Soviet swimming pools and other relics of the past era. Alexander’s work has been shown in close to 100 exhibitions, including solo and group shows, private collections, and art fairs around the world, including Erarta Museum in St. Petersburg.

Vladimir Kulkov
Another artist I met with over the summer was Vladimir Kulkov. Also a graduate of Mukha, Vlad works largely in painting and metalworking, and studied art history and theory in university alongside his fine arts studies. His large-scale paintings and bronze cast sculptures can be found in St. Petersburg, as well as around and outside of Russia, including Latvia, the United Kingdom, Switzerland, the United States, and Korea.